Your Right to a Jury Trial 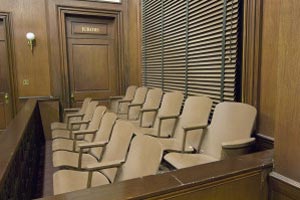 The eviction process moves swiftly. Evictions, or unlawful detainers, are “summary proceedings.” This means that the process takes less time than a regular lawsuit. Once you are served with a complaint, you have less time to respond than normal. The court hears eviction cases before other cases. The theory, based on historical common law, is that the property belongs to the landlord, and if the tenant is not paying rent, the landlord should recover the property at soon as possible.

Demanding a jury trial slows down the eviction process. It could be a smart strategy in your eviction case.

The Advantages of a Jury

Why ask for a jury in an unlawful detainer case? Sometimes a jury can be more understanding about your specific situation. It’s more likely that jury members are, or have been, tenants themselves and have encountered punitive landlords.  Jury members may more easily understand your situation as a tenant.

Sometimes, for varying reasons, you may want to slow down how the case proceeds. Because an eviction is a summary procedure, it takes usually precedent over other court cases on the calendar. It will be the first case scheduled in the morning with an available judge. If you ask for a jury trial, then you are competing with other cases, and therefore the trial will be not as speedy.

How to Lose Your Right to a Jury Trial

The Jury Trial is Protected

Two opinions from the Court of Appeals in California have protected your right to a jury trial.   In Munoz v. Silva (2013) the tenant contended that the trial court deprived her of her constitutional right to a trial by jury.

Ms. Silva’s landlord had filed an unlawful detainer against her. Ms. Silva filed her answer, demanded a jury trial, and received two waivers for court fees, including the jury fee. The court decided that the Ms. Silva did not pay all the fees, and therefore she waived her right to a jury. The trial was held with a judge, who decided in favor of the landlord.

Ms. Silva appealed. The Court of Appeals established that the fees by Ms. Silva had been properly paid.  The Court also stated that the right to a jury trial is guaranteed by the state constitution and “[t]his right is specifically granted in unlawful detainer cases.”

Another Protection for a Jury Trial

In Garcia v. Cruz (2013), the issue was whether the defendant could be denied a jury trial after the defendant failed to follow a court order about posting past due rent.

Ms. Cruz and another defendant were served with an unlawful detainer complaint, and they counterclaimed that the landlord had breached the implied warranty of habitability. Ms. Cruz’s motion of summary judgement was scheduled, and then rescheduled for a later court date. In the meanwhile, the court issued an order that the defendant must post the unpaid rent. The rent was not posted and the court ruled that based on this failure, the jury trial would be removed from the court calendar and the matter would proceed immediately to a trial by the judge.

The Court of Appeals found that the trial court had imposed a penalty that was not authorized by law. The statute does not authorize the court to have a trial by the judge when the defendant fails to deposit money into an account as ordered by the court. According to the Court of Appeals, the “court’s error deprived defendant of her constitutional right to a jury trial.”

The System in the Courts Today

Just because you have a right to a trial by jury for an eviction case doesn’t mean that it will be easy to get one. The judicial system is clogged with cases, and the judge likely will want to have your case settled as soon as possible.

Fighting for Your Right to a Jury Trial

As a tenant attorney, I find that there’s pressure to come to an agreement in the mandatory settlement meetings which are held before the case is assigned to a courtroom. Sometimes there is more pressure to settle when meeting in the judge’s chambers. However, I want the best settlement for my clients. I keep fighting for them even when faced with pressure to settle.

Not a Common Strategy

Some attorneys don’t like jury trials. The case is presented differently than one in front of a judge. After all, members of the jury are not as sophisticated as the judge in matters of the law. Therefore, the attorney must take this factor into consideration when planning your presentation of the evidence.

That’s why it’s important to have an experienced trial attorney fighting for your case. If you are served with an eviction, you should consider talking to an experienced tenant attorney.