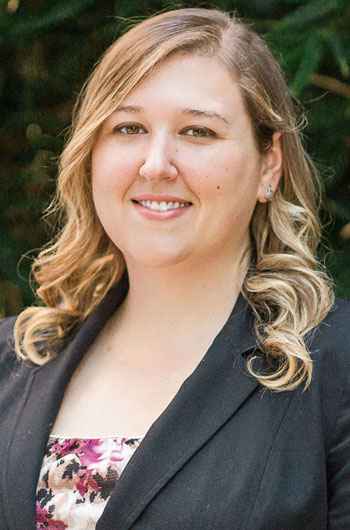 As tenant attorney at the Law Offices of Mary Catherine Wiederhold, Courtney M. Brown fights for tenants facing a variety of issues including wrongful eviction, housing violations, and fire-related losses.

She is one of Super Lawyer’s 2019 Rising Stars. This honor is based on an evaluation of 12 indicators, including peer recognition and professional achievement in legal practice. Courtney was a finalist for the 2019 San Francisco Trial Lawyer Association’s Outstanding Young Lawyer Award.

As a Staff Attorney for the Berkeley Homeless Action Center, Courtney represented low-income clients and saw firsthand the pain and fear of being homeless.

Courtney is a tireless tenant attorney advocating for clients who face unfair and illegal actions by landlords.