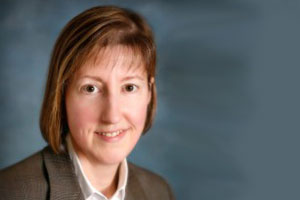 Here’s an article I wrote that was published in the November 2016 The Bar Association of San Francisco Bulletin. It was fun to remember my first experience as a volunteer lawyer and to reflect on how far I’m come:

The experience I gained while volunteering at the Justice & Diversity Center (JDC) gave me a valuable start to my practice. Before attending law school, I was a commercial real estate appraiser. Although I could have done transactional work, I wanted to be a litigator. After contacting JDC, I took the volunteer training and received my first clients.

I call my first experience “The Case of the Arguing Clients.” The landlord had served a notice to quit for nuisance and filed an unlawful detainer against my clients.  I talked to the tenants at their house, and they seemed fine.

I then knocked on doors of surrounding houses, hoping to find witnesses.  One family finally talked to me and said that my clients were not “bad people” but that they argued loudly.  The daughter, who was friendly, said she would be testifying at the trial and I believed she would impress a jury.

The landlord stated in her deposition that my clients argued in the early morning hours.  Worried, I contacted experienced counsel on JDC’s help list and researched “nuisance” at the law library.  I spent Friday evening and all day Saturday and Sunday preparing for Monday’s trial.

I was so green I wrote “w/ prejudice” on my palm so I would ask for the right type of dismissal.  My first case was dismissed with prejudice.

Volunteering was extremely valuable in my development of becoming a litigator. I learned the nuts and bolts of the Code of Civil Procedure, and then I built my practice and took on affirmative cases.  I still defend unlawful detainers on behalf of paid and pro bono clients.

The largest benefit I gained from volunteering with JDC was knowing that I was assisting people who badly needed help. I had a great experience and learned so much as a new lawyer. If you are looking for a way to give back to the community, I suggest you volunteer with JDC.