When Your Landlord Wants to Move In 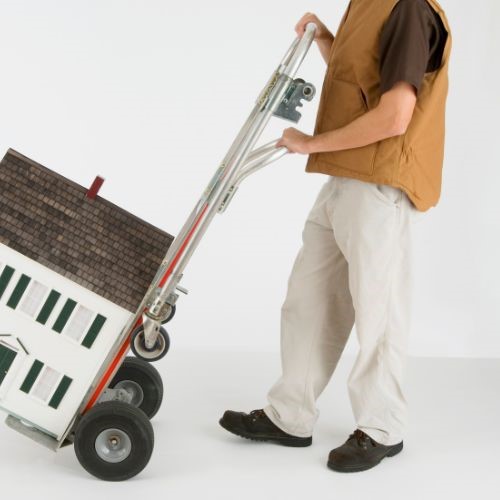 Imagine receiving a letter from the owner of your rental home or apartment asking you to vacate because they are planning to move into your apartment. Surprise! Can your owner-landlord kick you out and move in? Yes, they can – the property belongs to them. “Owner move-in evictions” are not uncommon, and there are protections to cushion the financial burdens of relocation.

You are most likely eligible to receive compensation for moving expenses if this happens to you.

The Case Of The Disputed Moving Costs

In a recent U.S. Supreme Court decision an Oakland couple learned this rule the hard way. In 2015 when they were transferred across the country for work, they leased their home on a month-to-month basis and left.  Three years later they returned and asked the tenant to leave so they could re-occupy. By then the city required a $6,582 relocation payment to the departing tenant, which the couple reluctantly paid.

The couple decided to sue the city for perceived un-constitutional “illegal government seizure” of property. The suit, funded by a conservative nonprofit, challenged Oakland’s relatively new (2018) ordinance designed to protect tenants of all income levels from the disruption and financial duress caused by owner move-ins.

The City of Oakland Prevails in Tenant Rights Victory

On February 1, 2022 the Ninth U.S. Circuit Court denied the plaintiffs’ case to dismiss the charges. By then the case attracted national attention with libertarian activists and landlord special interest groups. Judge Ryan Nelson wrote, “The homeowners voluntarily chose to lease their property and to ‘evict’ under the ordinance – conduct that required them to pay the relocation fee.”

The decision underscores government’s authority to mandate property-related fees. On June 6, 2022 the Supreme Court declined to hear the case.

Oakland rules are similar to other cities in California. For an overview of the many intricacies of San Francisco’s take on this type of eviction see the fine print in the City and County of San Francisco’s Rent Board description. Here are just a few highlights:

Amount of Compensation to Tenant

Although rules vary from according to your location in the Bay Area, an owner (or a close relative of the owner) may move in and force you out – but they are legally required to compensate you.  Each displaced tenant (of any age) who has lived in the unit for a year or longer is entitled to a payment of $4,500. The maximum payment per household is $13,500. These costs are adjusted annually for inflation.

Some Tenants Are Entitled to Extra Protection

Tenants 60 years and older, or who meet certain disability guidelines, or have lived in their unit for 10 years or more, or who are catastrophically ill and have lived in the unit for at least five years cannot be forced out by an owner move-in if there are 2 or more units in a building.

Tenants residing in a unit for at least 12 months may not be asked to move during the San Francisco Unified School District school year if a child under 18 or an employee of the school lives in the unit.

Owners moving in must plan to stay for a period of 36 months or more. This prevents owner-landlords from playing a cat-and-mouse game by forcing tenants out, moving in for a short time and then leaving. Effective November 9, 2015, for five years after the eviction, the landlord cannot re-rent the unit at a rent greater than what the evicted tenant was paying unless there were allowable rent increases such as annual rent increases. This rule encourages the owner to act in “good faith, without ulterior motive and with honest intent.”

The owner (or close relative) must also occupy the unit within three months of giving notice to the tenant of an owner or relative move in.

If you receive a notice to vacate due to an impending owner move-in, act fast to protect yourself. The landlord must follow the Rent Board rules to legally evict you. If you are in a protected class, you have just 30 days to declare your status and you must provide proof of that status.

There are many aspects of owner or relative move-ins not covered in this article. Rules for San Francisco are different than rules in San Jose and Oakland. Touch base with local tenant rights organizations and contact a tenant rights attorney to review your situation.