When can you sue your landlord for not moving into your home? 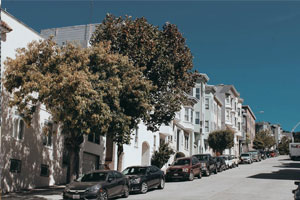 What happens if your San Francisco landlord gives you a notice of an owner move-in, but then does not move into your home and live there in good faith for at least 36 months? You can sue your landlord for wrongful eviction, among other causes of action in San Francisco Superior Court.

I have had clients who were given a notice of an owner move-in, who moved out, and waited to see if the landlord did indeed move in. In one case, the landlord gave a notice of owner move-in to my client. My client had lived in his home for about 30 years. He had been the editor of a neighborhood newspaper and had voting booths in the garage every election. However, my client was very apprehensive about fighting an eviction action and moved out. Not only did the landlord not move in, but she extensively remodeled my client’s home and put it up for sale as a tenancy in common (TIC). My client sued and we litigated the matter for about a year. We settled the matter for an amount that enabled him to buy a home.