What You Need to Know about Fires in the Mission District 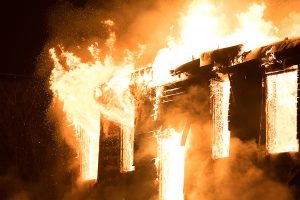 It seems like a lot of fires are happening in the Mission District. Some of these tenants will face the equivalent of an eviction. If this happens to you, what are your rights?

I’ve handled a number of cases involving fire, and I’ve seen the devastating effect it has when your apartment goes up in flames. So I’ve been watching the fire issue in the Mission District.

Bad statistics in the Mission

As the SF Weekly noted back in January, fires in San Francisco have declined in the previous decade. Not so in the Mission District. As of Christmas Eve 2015, there were 19 fires in the Mission District. This includes the 2015 January fire at 22nd and Mission that killed 1 person and left 60 others homeless. Another 2015 fire in March at 24th Street and Treat Avenue killed a father and daughter.

The statistics in the SF Weekly tell the story. Here’s the percentage of fires in the Mission District in San Francisco over the past 5 years:

Looking back even further to 2005, the percentage of fires in the Mission District has never been higher than 8.71% and as low as 3.15%.

According to KQED news, Fire Marshal Daniel De Cossio reported last December that investigations have shown that most of the fires in the district over the last several years were not arson-related. “I’ve looked at investigations that have been closed out,” De Cossio said. “The majority of them are electrical, accidental or at this point undetermined.”

Some Mission residents have other suspicions.

Part of the problem of knowing whether arson is involved in the Mission fires is the length of time it takes for the fire department to do conclusive findings. As of December, when the Fire Marshal was reporting, there were 325 citywide fires that were not yet investigated. De Cossio did not have a breakdown for how many of the open investigations were being conducted on properties in the Mission. One of those still under investigation at the time was the fatal fire at 24th Street and Treat Avenue, which had occurred 9 months earlier.

One of my favorite websites is the Anti-Eviction Mapping Project.  Their webpage on fires in the Mission provides a dramatic view of the incidents, injuries, and fatalities in the Mission District from 2005 through April 2016.

The Fire Commission in April

Concerned Mission District residents met with the Fire Commission on April 27th to demand explanations. The meeting became animated, according to Mission Local, when one fire captain told tenants that everyone should have a smoke detector in their bedroom and not overload their electrical circuits.

Attendees objected, saying that landlords, not tenants, should be held accountable.  According to Mission Local, Leticia Arce, who works with the tenants’ rights group Causa Justa, stated, “We want to make sure that we’re not placing blame on tenants.”

What should you do if your apartment is in a fire?

If your apartment is under rent control, you have the right to return after the fire. A landlord must offer you back your home within 30 days after completing repairs. You need to be proactive by keeping in contact with your landlord by sending him a letter with your current address, telephone number, and email address.

You do not have to pay rent until your apartment is repaired. Once it is repaired, the landlord cannot increase the rent without the Rent Board’s approval.

If the landlord refuses to allow you back in your home after the repairs and rents it to someone else, then your landlord has wrongfully evicted you.

Some landlords will delay, hoping the tenants who have been displaced by the fire will decide to stay where they have moved. If your landlord does not make repairs in a timely manner, you might be able to sue your landlord.  I have had clients where the landlord received insurance money for burned building and then did not make repairs for about three years.  These “repairs” started after my clients filed a lawsuit.

Knowing what you want

Still, repairing the building after the fire is a long process. Many tenants decide that when their former building is habitable, they have already established themselves in a new place new and are reluctant to move back.

Some landlords will offer buyouts. In the Mission Local, Diana Flores, an advisor for Causa Justa, put it succinctly, “Think about what your final goal is. Is it money now, or getting back into your home later?”

If your apartment has been in a fire, you should proceed carefully to protect your tenant’s rights. You should consider calling a tenant attorney who has experience filing lawsuits on behalf of tenants.