The Case of the Tenant Who Changed His Mind 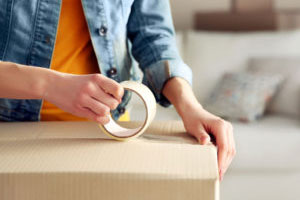 As I wrote in the blog “The Case of the Winning Defendant,” court opinions can have lots of drama like reality television. A recent case, about a tenant who changed his mind, has plenty of drama. It also has good lessons for other tenants.

What is a court opinion? Sometimes when a case is appealed, the court will write a lengthy background of the case and analysis of how the court came to its decision. Not all cases heard on appeal have published court opinions.

Sometimes tenants don’t win. Nevertheless, court opinions are important to you as a tenant. Since the court interprets laws and regulations, court decisions can affect you.

Geraghty v. Shalizi is an important recent case that was published in early this year. The tenant did not win, but there are still plenty of good lessons to be found from reading this court opinion.

This is a case about doing a deal with your landlord to move out. Some of my clients have been approached by landlords to move out without going through a formal eviction process. Maybe your landlord has talked to you about moving out this way, or may in the future.

Out moves the first tenant

Brian Geraghty was a tenant in a four-unit building. When Joseph Shalizi purchased the building in 2011, three units were occupied. Shalizi leased the vacant unit, No. 2, to his nephew for $1,100 per month. Shalizi himself wanted to move into No. 4 because it had the best light and views.

Unit No. 4 was Geraghty’s home. He had been renting the unit for approximately 22 years and was paying $928 per month.

Shalizi’s attorney sent Geraghty a letter informing him of Shalizi’s interest in No. 4.  The letter stated Shalizi intended to start an owner move-in eviction, but inquired whether the two might reach a voluntary buyout agreement to their mutual benefit.

Shalizi’s lawyer suggested that if the two could reach an agreement, Geraghty would receive more money than that required under the city’s Rent Ordinance. Shalizi would benefit by avoiding the restrictions resulting from an owner move-in eviction. Both of them could save time, stress, and the costs of the eviction process.

Shalizi and Geragthy eventually entered into a written agreement.   The buyout agreement promised Geraphy $25,000 (he had initially demanded $100,000) for leaving. Although Shalizi wanted to move in sooner, the agreement gave Geragthy several months to depart.

The buyout agreement also included legal language that Geraghty released Shalizi from any and all claims, including claims for wrongful eviction, violations of the San Francisco Rent Ordinance, and the right to reoccupy the premises.

This proved to be an important clause that would help lose Geraghty’s case.

Out moves the second tenant

Shalizi moved in and began $70,00 worth of renovation. He mentioned to Sheyanne Johnson, another tenant, that he wanted to turn her apartment into part of his large owner’s unit.

Later, Johnson stated she never had the impression Shalizi was trying to force her out, just that Shalizi was seeking an opportunity to make a deal.

Johnson decided she wanted to move, and she proposed a $5,000 payment. Shalizi accepted.

Trying to get out the last tenant

Wiebe Mueller, the last non-familial tenant (remember a nephew moved into the fourth unit) also recalled a conversation with Shalizi.  Shalizi asked if he was “maybe interested in moving” since Shalizi hoped to do some extensive renovations in the building and it might be easier if Mueller’s apartment were vacant.

Shalizi also said he wanted to move into Mueller’s apartment.  Mueller told Shalizi he did not think another “owner move-in” was appropriate given the departures of Geraghty and Johnson. After further discussions, the topic ended.

And then the landlord moved out

Shalizi lost his job and relocated to Cupertino to be closer to a new job. He rented Geraghty’s old home, No. 4, to a new tenant for approximately $3,700 a month.

Geraghty then sued Shalizi. He alleged causes of action for violation of the city’s Rent Ordinance, negligence, fraud, and rescission of the buyout agreement.

Shalizi eventually filed a motion and received a summary judgment. A summary judgment basically is the court ruling there was no legal basis for the lawsuit. So Geraghty lost.

The First Appellate District court, Division One, refused to overturn the decision of the lower court, so Geraghty lost his appeal.

The first lesson from the case

Be careful about your move out agreement. If you make a deal with the landlord and it includes the right legal language, you may not be able to come back later and and win a case against the landlord for not doing what he promised. The court opinion on this case examined this issue in great detail as to whether such agreements with the landlord were permissible under the Rent Ordinance. They concluded it was.

The second lesson from the case

Was that enough? Should she have asked for more?

I wonder whether if Johnson had consulted with an attorney whether she would have received more.

The third lesson from the case

Landlords might try to “chat” with you about moving out. As in the court opinion, they might “mention” their intention of moving into your unit.

As I have written in an earlier blog, “Don’t Be Fooled into an Eviction,” just because a landlord chats with you or even provides some “paperwork,” it doesn’t necessarily mean that it’s legal for an eviction. Or even that the landlord will start one.

Wiebke Mueller, the third tenant, knew something about his rights when he told Shalizi that he didn’t think another owner move-in was possible.

Good for him. I always advocate tenants be well informed.

Are you in a dispute with your landlord? Every case is different. You might consider talking to an experienced tenant attorney who can help you with your issue.