The Case of the Master Tenant Who Acted Like a Landlord 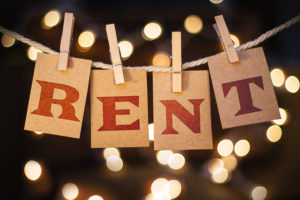 I follow court opinions in order to keep current with changes in the interpretation of landlord-tenant laws. I occasionally write about cases that are important to tenants in this blog.

This case, which I call “The Case of the Master Tenant Who Acted Like a Landlord,” is significant because it shows the number of ways the relationship between a landlord, master tenant, and subtenants can go awry.

It’s also a good in-depth look at how tenants handle the high rent in San Francisco and the rest of the Bay Area. The details below are specific to this case, but on the whole there are similarities to others across the Bay Area.

The case, Hayes v. Kardosh, was first heard in the Superior Court of San Francisco. John Hayes, the master tenant and defendant, appealed the Superior Court’s decision against his former landlord Mounir Kardosh.

The master tenant moves in

Hayes moved into a four-bedroom apartment on Pine Street in San Francisco in 1992. He occupied one of the bedrooms advertised by a person moving out. At that time, Hayes didn’t sign a rental agreement or speak to the landlord, and each of the four roommates in the apartment paid their rent to the landlord. When one of the roommates moved out, they advertised the room and someone else moved in.

Sometime during the first year, Hayes made a verbal agreement with the building manager that he would become the master tenant and collect the rent from his roommates. He would pay the landlord with one check for the full amount. In the next five years, about five to ten people moved in and out.

Hayes also took out the garbage for the building once a week and received $40.00 off his rent.

In 1997, Kardosh purchased the building and Hayes signed a lease. The lease stated “John Hayes and 3 roommates” were the occupants. The lease also stated the tenant “shall not let or sublet all or any part of the premises.”

In March of 2000 Kardosh sent Hayes a new lease, but Hayes refused to sign it, in part because the new lease said the Owner must have prior written consent before any new tenants moved into the apartment. In addition, the lease said the master tenant cannot charge more than the proportional share of the rent which is being charged by the Owner.

Hayes stated he did not think the new lease was fair, and because he refused to sign it, he believed the lease was not valid. Hayes continued to replace roommates without Kardosh’s consent.

Overcharging the other tenants

He also collected more rent from the roommates than charged by Kardosh. He later admitted to allowing the dining room was used as a bedroom, thereby increasing the number of tenants in the 4-bedroom apartment. He posted “house rules” in the kitchen that he made everyone read and agree to before moving in.

Effects of living with this master tenant

In 2013, the arrangement began to unravel. Kardosh met with one of the subtenants and heard that the Hayes claimed the apartment’s heater was not working and the landlord was not fixing it, suggesting that Hayes was turning the heater off to save money on utilities.

The landlord also heard Hayes was pressuring the roommates to prepay rent two or three months in advance when he travelled to Thailand for months at a time. He also learned Hayes had converted the dining room and living room into bedrooms by adding doors with locks, adding two more bedrooms to the apartment.

Kardosh’s attorney sent Hayes a 3-day notice to cure or quit.  Three days after the notice was served, Hayes gave the San Francisco Building Department a three-page list of maintenance issues with the apartment. Kardosh later testified Hayes was hiding the roommates by not calling him to report the maintenance issues.

At least two of the roommates tried to make a deal with the landlord to testify and/or gather evidence against Hayes.

One of the roommates later sued Hayes in small claims court. At the time of the appellant case, she was unsuccessful but she had another case pending over to recoup the rent money he overcharged her. Strangely enough, she was represented by the landlord’s attorneys.

The court looked at two main elements: whether the lease presented in the year 2000 was valid since it wasn’t signed, and whether the restrictions on subletting were legal. The court decided with Hayes that he was entitled to judgment under the terms of the 1997 lease and that the trial court erroneously instructed the jury that Hayes had the burden of proving the landlord’s main motivation in evicting him was not a valid reason for the eviction.

There are other issues I see here don’t necessary pertain to the legal questions raised in the lawsuit. One of these issues is living with a master tenant and not being named on the lease. How do you know the master tenant is not taking unfair advantage of you and charging you more rent than the amount due?

In this case, there was a lack of heat in the apartment. Maintenance and repair were not being done. In addition, the master tenant was profiting from charging more than what the landlord was actually charging, and pressuring tenants to prepay rental amounts a few months in advance.

Yes, the subtenants turned on the master tenant, but this was after months of enduring his practices.

It’s difficult to find affordable housing in the Bay Area, and tenants are forced to find places to live where they can be exposed to exploitation. That’s what this case highlights.

Are you a master tenant or a subtenant? Do you have questions about your rental situation? You should consider talking to an experienced tenant attorney who can help you with your specific issues.