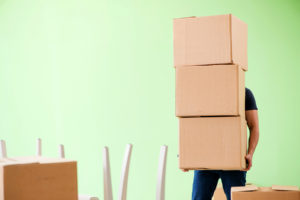 You’re forced to move. The landlord is evicting you for an owner move-in.

Yet you go by your former home and it doesn’t seem like anyone is living there. You knock on the door and no one answers. You see junk mail addressed to you lying around and it has not been picked up in weeks. You wonder whether the landlord really moved in. How long do you have to take legal action?

The case Skaar v. Lacey addresses an issue of how long tenants had to bring a lawsuit against a landlord who evicted them under the owner move-in.

A short overview of owner move-in

First, a short background on owner move-in. If you are under rent control in San Francisco, an owner move-in is one of the “just cause” evictions.

San Francisco Administrative Code Section 37.9(a)(8) states that the landlord can instigate an owner move-in if:

The landlord seeks to recover possession in good faith, without ulterior reasons and with honest intent; (i) For the landlords use or occupancy as his or her principal residence for a period of at least 36 continuous months.

There’s seven other requirements in this lengthy regulation that range from who of the landlord’s family is included in an owner move-in as well what forms the landlord must submit.

One significant requirement is that a landlord or a relative must move in within 3 months of when the tenant vacates.

What happens if the landlord doesn’t move in after substantial renovations? How long do you as a tenant have to file a lawsuit against the landlord for evicting you under an owner move-in?

The California legal code has specific “statutes of limitations” which prevents someone from successfully bringing a lawsuit after a period of time. Different kinds of claims have different time periods.

In Skaar v. Lacey, the situation became murky. After losing in superior court, the tenants appealed the case. The court issued an unpublished opinion.

In April 2012, landlord Thomas Lacey asked the plaintiffs to vacate their rental unit located on Greenwich Street in San Francisco. The plaintiffs, which included Michael Skaar, turned him down. A month later, the landlord gave written notice to the plaintiffs that he was evicting them under the owner move-in provision.

The plaintiffs moved out in July 2012, and the landlord began renovations on the unit. These renovations included new plumbing and electrical, restored floors, and custom wall trim.

The renovations were inspected and approved by August 2013, but the floors and paint were not completed for another month.

In October 2013, a neighbor informed the plaintiffs that no one appeared to be living in the premises.

The landlord did not actually start spending the night on the premises until late fall. In January 2014 the plaintiffs’ private investigator reported that landlord continued to reside principally in Tiburon.

The landlord did not make the unit on Greenwich Street his primary residence until February 2014.

The plaintiffs file a lawsuit

In March 2014, about 20 months after they had moved out, the plaintiffs filed a lawsuit against the landlord alleging, among other things, wrongful eviction, negligence, intentional and negligent infliction of emotion distress, and breach of lease.

Part of their allegations were that the landlord maintained a principal residence in Tiburon and kept the premises vacant. They noted that he should have moved in October 2012, within the 3-month period.

The landlord moved for a summary judgement, requesting the court to dismiss the lawsuit because the tenants had filed beyond the 1-year statute of limitations.

The court concluded the plaintiff’s action was barred because of the time limit. The summary judgement was granted. The plaintiffs appealed.

This case has several issues which the appellate court addressed, but a key issue is when the time limit started for the plaintiffs to file their lawsuit against the landlord for not moving into their former home.

The appellant court found that the plaintiffs had raised a “triable issue” because of they were delayed in discovering the facts.

The court stated “the discovery of facts, not their legal significance,” starts the time period. The period does not begin until “the plaintiff learns or should have learned the facts essential to his claim.”

Based on completed renovations by the end of July 2013, the court noted the plaintiffs had filed their lawsuit seven and a half months later and were within the statute of limitations.

The take-away from this case

All cases have variations . Your circumstances may seem similar to Skaar v. Lacey , however, this does not guarantee your success in prevailing in court.

The law is complicated. There are time limits. If you’ve been evicted by a landlord using the owner move-in eviction, call an experienced tenant attorney immediately.

Have you received an eviction notice and are unsure whether it follows the requirements of the Rent Ordinance for the city where you live? You should consider talking to an experienced tenant attorney who can help you with your issues.