The Case of the Erroneous Landlord 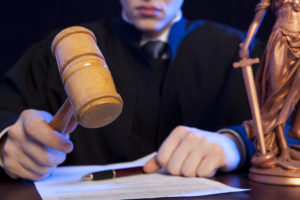 As an attorney defending residential tenants, I find that each case has unique details.  Knowing which details are important when arguing a case can be the difference between winning and losing.

That’s why I keep track of court opinions, which I write about occasionally in this blog.  What I call the “Case of the Erroneous Landlord” is about a significant detail that caused the tenants to win both the lawsuit and the appeal.

The case Sleep Ez v. Martiniano Mateo et al.  was first heard in the Superior Court of Los Angeles County and then the Appellate Division. While it’s not in San Francisco or the surrounding Bay Area, local courts look to other jurisdictions when, as it frequently does, they don’t have precedent in their own jurisdiction.

Sleep Ez, the landlord, is an unusual name. Their tenants, the Martinianos, certainly did not sleep easy. When their manager didn’t receive the September 2015 rent, he filed an unlawful detainer against the Martinianos. The landlord wanted to evict them.

The Martinianos had lived in their apartment for 30 years. The landlord alleged they were to pay the rent on the first of the month. When the landlord did not receive the rent in September, the manager filed a 3-day notice to pay or quit. On September 8th, when the statutory notice period expired, the landlord claimed that the Martinianos neither paid their rent nor vacated the premises.

The Superior Court trial was held on October 15th, 2015, exactly a month and a half after the Martinianos were alleged not to have paid the rent. That’s fast in today’s court system, but unlawful detainers are summary proceedings. However, the appellant decision opinion wasn’t filed by the Court until April 4th, 2017, about a year and a half later. Appeals do not have the same time restriction.

What the Court found

Sleep Ez’s manager, Victor Ricks, had instructed the tenants to pay their rent by mail to a post office address and to always pay by money order. When he didn’t receive the money by September 5th, he prepared the 3-day notice.

Masimina Mateo also testified that Ricks instructed her family to pay the rent only by sending money order to a post office box. On August 31st, 2015, one day before the rent was due, she purchased a U.S. Post Office money order for $523.98, the amount of the rent. That same day, she mailed it to the landlord’s post office box as she had done for the past 30 years.

Ms. Mateo’s 17-year-old son testified that after receiving the 3-day notice, he made five to six attempts to speak to Ricks. He reached Ricks only once, who said that he had not yet had a chance to check the mail box.

Ricks stated that he “had never agreed that the mailing of the rent would constitute payment, whether the check was received or not.”

On the day of the trial, Ms. Mateo testified that she received the envelope she had sent to Ricks back for the post office with a yellow sticker stating it was undeliverable. The envelope was unopened.

The important detail in this case is when the rent is considered paid.

The Court called this method of paying rent an “allocation of risk,” which I think is particularly well stated. That’s because unless you hand the rent check to the landlord or manager, one party or the other assumes risk that it won’t be received. The risk for the landlord is he doesn’t get the money. The risk for the tenant is that they get evicted.

The court opinion didn’t address why the envelope was returned undeliverable from the post office box. I wonder if Ricks hadn’t paid the fee for the box rental?  Now that would be ironic.

It also seems as if Ricks was in no hurry to see if the rent was received after giving the 3-day notice. Was he trying to get the tenants evicted?

Are you facing an eviction? Have you received a 3-day notice to pay or quit? You should consider talking to an experienced tenant attorney who can help you with your specific issue.