The Case of the Complicated Agreement 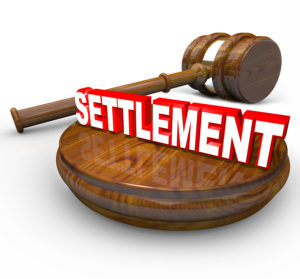 The law can be complicated. That’s why I suggest tenants reconsider representing themselves in disagreements with the landlord.

A recent case, Sayta v. Chu, was heard by the Court of Appeal here in San Francisco. It’s a notable case to post about in this blog because it demonstrates how complicated the law can be.

Sayta was a tenant with a 12-month lease agreement for a bedroom in an apartment located on 16th Street in San Francisco. After a year, the lease became a month-to-month agreement.  For about two years, the tenant had a number of disputes with the four landlords, which were heard by the   superior court and San Francisco Rent Board.

The tenant and the landlords then entered into a written agreement called “Settlement Agreement and Stipulation for Conditional Entry of Judgement for Possession of Real Property.”

The terms included that the agreement should be confidential, with “liquidated” or estimated damages of $15,000 for a breach of confidentiality.

The legal action was dismissed in June 2015.

But it got complicated

The landlords responded by stating they had provided a copy of the agreement only in response to the Rent Board’s request regarding an earlier-filed proceeding against the landlords the tenant had failed to dismiss.

The tenant contended the landlords’ filing with the Rent Board was entirely gratuitous and not within the provisions of their agreement.

Neither the tenants or the landlords claimed that the agreement was not valid or binding. The issue was whether it had been breached.

The superior court denied Sayta’s motion on May 2016. The court found no violation of the agreement, as the tenant failed to notify the Rend Board of the settlement agreement and he failed to stipulate to sealing the records with the Rent Board.

Despite the agreement, something was missing

Not so fast. The agreement between Sayta and the landlords included language in which all parties should request the court retain jurisdiction (which is the power to make legal decisions and judgments). This was pursuant to section 664.6, so that the court could reinforce the remaining terms of the settlement agreement should any party fail to comply.

The language was there in the agreement, but note a request to the court must be made for it to retain jurisdiction.

Previously, section 664.6 pertained to pending litigation, but the Legislature amended the section in 1993 to include the provision that if the parties request, the court will retain jurisdiction over the parties to enforce the settlement until performance in full terms of the settlement.

Apparently although it was in the agreement and in the law, neither party actually requested the court to retain jurisdiction.

The appellate court noted a request must be made during the pendency of the case, not after the case has been dismissed. There is no going backwards to ask the court to retain jurisdiction, or in other words, keep an eye on the litigation.

In the briefs to the appellate court, both parties suggested the mere incorporation of the request to the court was sufficient. The court didn’t buy it.

The appellate opinion states clearly: “Parties were required to present to the trial court a proper request to retain jurisdiction for purpose of section 664.6 motion.”

The appellate court denied the tenant’s motion for enforcement of the agreement and the matter was remanded to the superior court with directions to vacate the order. Neither party recovered costs on appeal.

Sound complicated? Cases are won and lost on knowing the intricacies of the law.

Wondering about what the laws regarding your rent-controlled home? Thinking about legal action and unsure what to do next? You should consider talking to an experienced tenant attorney who can help you with your issues.