Should You Take Eviction Advice from a Real Estate Agent? 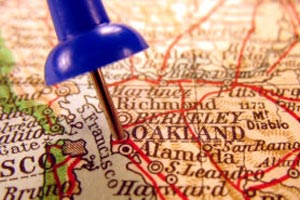 “You can move in, and then once you have lived in the property, then, the –umm–restrictions on evictions and stuff go away,” says one real estate agent, gripping a coffee cup in one hand and waving her keys in the other.

The news story highlights owners who can buy and move into Oakland duplexes and triplexes as a way of “making a career.”

One real estate agent said, “A lot of people, that is what they do for a living. They will buy apartments that have below market rate rents and figure out a way that they can get them up higher so they can sell it for a profit.”

If this real estate agent is talking about owner move-in for small plexes, there is a condition. The regulation basically states the owner actually has to live on the property.

Are they really in there?

I had a case in Oakland where the owner was living in another part of town. My process server even tracked her down there. Yet she was evicting tenants based on the owner-move-in loophole in the Oakland “just cause” eviction law.

I’m not the only one seeing this. “False owner-move ins and owner-occupied exemptions are increasing in the East Bay as a tactic to push out existing tenants and raise rents,” reported Igor Tregub, a Berkeley Rent Stabilization Board commissioner to the East Bay Express.

“Just cause” evictions in Oakland

Article II of Section 8.22 states the “just cause” reasons required for an eviction. (While the standard term in California is “just cause,” the Oakland law calls them “good cause.”)

In brief, they include:

A loophole in the Oakland “good cause” law is found in Section 8.22.350 – Applicability and Exemptions.

The tenants are not protected from the Oakland “good cause” law in a:

rental unit in a residential property that is divided into a maximum of three units, one of which is occupied by the owner of record as his or her principal residence.

Thus comes all the “advice” from real estate agents trying to sell duplexes and triplexes.

Remember the owner actually must live in one of the units of these duplexes and triplexes.

The Oakland code defines the owner of record in part as holding an interest equal to or greater than 33% in the property at the time of giving a notice terminating tenancy. (See 8.22.340 – Definitions for the complete definition.)

To get the exception, the owner of record can’t be anyone who claims a homeowner’s property tax exemption on any other real property in California.

The Oakland city council may change the law. Two council members are trying to introduce a measure eliminating this loophole to be put on the ballot.

Igor Tregub, the Berkeley Rent Stabilization Board commissioner, told the East Bay Express that tenants in Oakland “have fewer resources to fight back, or to find new housing if they’re displaced.”

Oakland’s city hall has been contributing to the fewer resources. At the end of May, a reported $2.2 million dollars that was supposed to in part help tenants facing eviction was allocated to the wrong city fund. According to the Oakland Post, they can’t implement the program right now.

Landlords will hand out eviction notices, but not all notices will meet the eviction regulations. As I wrote in my blog “Fake Eviction Notices,” some landlords will try to scare you into moving by talking to you or issue a written notice that will not meet the requirements of the regulation.

While the loophole exists, remember that any landlord who takes advice from a real estate agent likely doesn’t know the intricacies of the law.

You should know the law. You need to protect your rights.

Have you received an eviction notice and are unsure whether it follows the requirements of the Rent Ordinance for the city where you live? You should consider talking to an experienced tenant attorney who can help you with your issues.