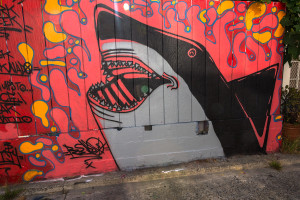 What Happened to the Rent-Controlled Apartments?

Last week the San Francisco City Attorney demanded answers about the Trinity Plaza Project,  a new development in the Mission district that had been designated as long-term residential housing but appears to be used in part for short-term rentals.

The project once hailed as “the Miracle of Mission Street” promised benefits such as 360 new apartments to be designated as rent controlled. These apartments were intended to replace units that the developer demolished in constructing the new project.  The City Attorney’s office has found that at least 16 of these rent-controlled apartments were being leased to a single person, apparently for the use of short term rentals.

The August 5th letter written by City Attorney Dennis Herrera stated that there is evidence that the apartments were, or may be still be, marketed for transient occupancy as “The SOMA Suites Hotel.”  This unincorporated entity has the address as 1188 Mission Street, the same address where the rent-controlled apartments were to be located.

The City found that the same individual also leased seven apartments at 1190 Mission Street. Although these were not designated as rent controlled, they were also part of the agreement to provide long-term apartments.

The letter written to Angelo Sangiacomo asked for information about the use of the properties and an explanation. The City Attorney’s office gave August 17th, 2015 as a date by which Mr. Sangiacomo should respond.

Called the “Father” of Rent Control

Mr. Sangiacomo is a famous figure in San Francisco tenant history. According to the San Francisco Apartment Association, just before the Board of Supervisors passed the first rent freeze in 1979, two of the city’s supervisors sat down with Mr. Sangiacomo to plead with him to halt the large-scale rent increases in which his company had imposed on many tenants. These increases has ignited a drive by tenants to put rent control on the ballot. Mr. Sangiacomo declined to alter his stand on rent increases.

Now, several decades later, tenants are facing a new, significant threat to their homes. Landlords can make more substantially more money by renting apartments as short-term rentals. Do you suspect that you are being evicted so that the landlord can use your home as a short-term rental? You should consider discussing your case with an experienced tenant attorney.