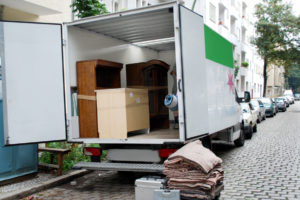 Sheila James, an office worker, starts her week by rolling out of bed at 2:15 am to get to her job in downtown San Francisco by 8:00 am.

Because of high rental rates in the Bay Area, she moved to Stockton, where she can rent a 3-bedroom house for $1,000 a month. She used to live in Alameda, and paid $1,600 for a one-bedroom apartment.

She might still be living in Alameda if a developer had not brought her building and evicted her and her neighbors. As a single person, her household income is $80,000 a year, but that’s not enough to afford decent housing in the Bay Area.

I’ve seen this sort of situation many times with my clients, but it took a New York Times article last week to tell others in the United States. It’s a good article.

The article follows James’ commute from waking to boarding the Altamont Corridor Express train, a bus to the Pleasanton BART station, and then BART to the federal building in downtown San Francisco. At night, she still faces another 3-hour commute back home.

The number one reason? The high cost of living in the city.

More specifically, my clients tell me it’s rental rates. People like Ms. James, with a salary that might look attractive in other cities, can’t afford to live here.

The ApartmentList survey shows only a small increase of 0.6% increase in rental rates in San Francisco over the past month. As I wrote earlier this year in the blog “Don’t Be Fooled by the Recent Decreasing Rent News,” it’s not really good news. Rental rates are still too high for many tenants.

Here’s the median rent from the ApartmentList Rent Report of Bay Area cities for 2-bedroom units:

The ApartmentList survey found that Pleasanton has seen the fastest rent growth in the area over the past 12 months.

Outside of the Bay Area, San Jose was the most expensive with a 2-bedroom apartment at the median rent of $2,580. Like the Bay Area, I attribute this to the high-tech industry driving up rents.

The highest increases in rents around the state were in Sacramento, Santa Ana, and Fresno with year to year increases of 8.9%, 6.2%, and 6.1% respectively.

Satisfied except for rents

If you could afford to live in San Francisco, the city satisfaction ranks at a grade of A-, as high in overall satisfaction as San Diego, according to ApartmentList. Los Angeles received an C, and both Sacramento and San Jose received a C-.

What do San Franciscans love about the city? Jobs and career opportunities, recreational activities, public transportation, and weather.  But the city received an F ranking for schools and, of course, affordability.

It’s a double-edged sword: the jobs are here, but it’s too expensive to live here. That’s why Ms. James gets up at 2:15 am to get to downtown San Francisco at 8:00 am.

Do you have questions about your rental home? Is your landlord asking you to move? You should consider talking to an experienced tenant attorney who can help you with your specific issues.