Over $1 million in Fines for Housing Violations 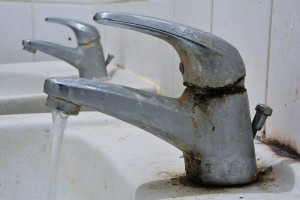 The Thakor family and the 13 companies they allegedly control were sued by the San Francisco City Attorney in May, 2014. The family oversaw about 880 single room occupancy room hotels in neighborhoods including the Tenderloin, SOMA, mid-Market, and Mission District. Single room occupancy room are small and may not have a full kitchen or full bathroom. Rented to low income tenants, they are rented by the city’s “more vulnerable residents,” said City Attorney Dennis Herrera.

In the complaint, Herrera alleged the Thakors forced the occupants to vacate their rooms before they could accumulate 30 days of residency and thereby gaining tenant rights such as rent control and other protections from being evicted. In addition, numerous health and safety code violations were detailed in the complaint, including rampant bedbug, cockroach, and rodent infestations, severe mold and mildew, defective wiring, and raw sewage leaks.  According to SFGATE, the Thakor family attorney said that the conditions of the buildings were “not as terrible as they sounded.”

As part of the settlement, representatives of the family must attend one meeting a month with residents to discuss issues affecting the neighborhood.

Struggling with housing code violations? You might consider calling an experienced tenant attorney who can advise you on how to proceed with your case.