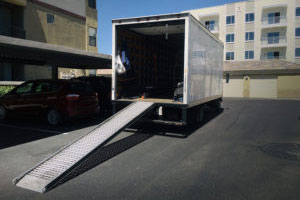 Can you get money from your landlord if he wrongfully used an owner move-in eviction?

Maybe. An investigative report by NBC Bay Area suggests that it’s relatively easy. But be forewarned: you as a tenant will likely have hoops to jump through.

First, a bit about the investigative report. The NBC Bay Area’s Investigative Unit in an article dated November 16, 2016 found that San Francisco landlords may have wrongfully evicted hundreds of tenants.

The Investigative Unit did six months of research into evictions that were supposedly the result of an owner move-in. They interviewed over 100 people to determine whether landlords or their family members were actually living in the homes in which they had used an owner move-in eviction.

Owner move-in as a form of Just Cause evictions have increased dramatically in the past few years. According to the San Francisco Rent Board, from March 1, 2015 through February 29, 2016, there were 417 owner move-in evictions, up from 343 the previous year. That’s an increase of 22%.

Why this is such a favored choice for landlords is a subject of an upcoming blog. But with the rising number of this eviction method, some landlords may be informing tenants that they are moving in and then, after the unit is vacate, rent the apartment to a new tenant at a significantly higher rate.

I’ve seen the wrongful use of this type of eviction with my clients and their landlords. The NBC Investigative Unit found it’s fairly widespread. They estimate that 1 in 4 evictions using an owner move-in is fraudulent.

I’ve also known what the Investigative Unit discovered, that enforcement provisions are rarely used to guard against misuse of this eviction type. The Investigative Unit article reported while the San Francisco Rent Board submits a random sampling of 10% of owner move-in notices to the district attorney’s office, in nearly 10 years not a single landlord has been prosecuted for fraudulent use of an owner move-in eviction.

A significant case in favor of tenants

Last year, an important case regarding an owner move-in eviction was heard by the California Court of Appeal and decided in favor of tenants.  In Mak v. City of Berkeley Rent Stabilization Board the Maks, the landlords, initially gave Burns, their tenant, an owner move-in notice that James Mak was going to occupy Ms. Burns’ home. The tenant eventually signed papers presented by the  Maks, which included a statement saying the notice would be withdrawn. The Maks then re-rented the units to the Ziems at market rent.

The Maks’ legal position was that since their former tenant had signed a paper that the notice was withdrawn, they did not have to actually go through with the owner move-in and could re-rent to new tenants. The Court of Appeal’s opinion was that without that initial notice, the former tenant would never have entered into discussions about moving. Therefore, the owner move-in notice counted.

The City of Berkeley has a regulation that states, in essence, if the owner used an owner move-in eviction notice and then does not actually move in, the owner must rent the apartment to the new tenants at the previous rental rates, plus increases allowed by the Rent Board. Thus, the Ziems, who were initially paying $2,395 per month, had their rent reduced to $1,074 per month.

San Francisco has a similar regulation for rent-controlled apartments that was enacted on November, 2015. This regulation freezes the rent a landlord can charge for an apartment if they use an owner move-in to evict a tenant.

Can you win big?

So what could you do if you suspect that your landlord used an owner move-in eviction on the former tenant of your home and then did not move in?

There’s two sources that you can easily check that track the use of the owner move-in evictions. The San Francisco Tenants Union site has an Excel spreadsheet that lists units from 2010 through 2014. The Investigative Unit article has an interactive map that you can check by scrolling over it.

The Investigative Unit article also has a link to a .pdf complaint that you can file with the San Francisco Rent Board. It’s not as easy as it seems, however. The form itself is seven pages long.