When Your Landlord Attempts a Lock Out 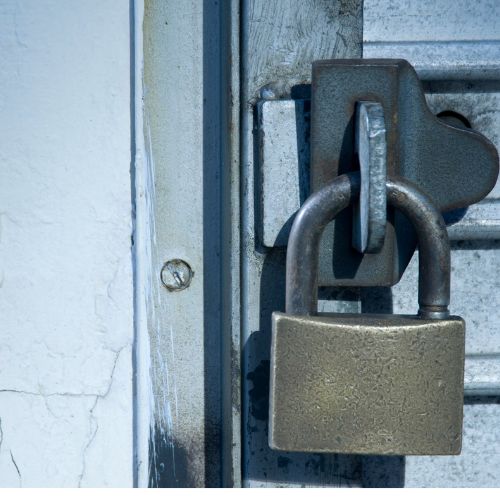 This case is about a tenant who fought a bad landlord and the hard-working attorney she hired. Based on the antics of the landlord, the court eventually awarded the tenant a considerable amount of money. Landlords frequently break the rules about lock outs.

The case was originally heard in the Sacramento Superior Court and then went to the Court of Appeal. Both times the landlord lost.

How A Lock Out Began

Fernandes lived in a rental unit that violated the warranty of habitability. Understandably, she complained about these conditions to the landlord.

The landlord filed the first of three unlawful detainer actions against the tenant by using a false name to evade the pre-filing requirements of the vexatious litigant statutes. (This suggests that the landlord had done this with other tenants.)  That case was dismissed for non-appearance of the parties.

A year later, the landlord filed a second unlawful detainer action. The tenant prevailed and obtained a conditional judgment which both reduced her rent and required the landlord to repair her home. At the progress hearing about two months later, no repairs had been completed.

The landlord arranged for a sheriff eviction and changed the locks. The tenant returned from work to find herself locked out and deputies blocking her entrance. She could not retrieve even her basic possessions like food and clothing. She was forced to stay with friends and struggled to keep her job.

The landlord did not comply with a court order to return Fernandes’ property that had been in her home when she was locked out. She did find some of her things in the trash can, which was cruel and demeaning.

Fernandes sued landlord Singh and his wife Rawat, as well as their Trust, for breach of the warranty of habitability, conversion of personal property (which means they wrongfully took her belongings), and wrongful eviction.

Former attorney Keith Oliver filed an answer for the landlord, denying allegations and raising an affirmative defense that Fernandes breached her rental agreement. Oliver would later be disbarred – in part because he failed to pay sanctions the court ordered for filing a frivolous appeal in another case involving the same landlord.

A second unusual twist related to the pleadings in this lawsuit included a cross-complaint. The trial court noted that the pleadings had Keith Oliver’s caption and were purportedly signed by him. However, the contents appeared not to be written by an attorney. According to the trial court, Oliver may have acted as a “puppet” for the landlord. First the trial court charitably called the cross-complaint “unstructured,” but then they called it “unintelligible and self-contradictory.” Did Oliver really write the legal documents?

At a hearing on the punitive damages, Singh would not explain his financial condition or list his properties. Instead, he claimed HE had suffered financial harm and was entitled to damages of over $200,000 and sanctions against the tenant of $1,000,000. The court ruled that the landlord’s failure to comply with the order to disclose his financial condition barred any of his objections and awarded the tenant $350,000.

The Lock Out Fight Drags On

The landlord tried to modify the ruling, saying his wife Rawat was never properly served. The trial court denied that motion and awarded the tenant an additional $87,894, plus the $350,000 in punitive damages, plus costs, prejudgment interest and attorney fees.

The court said Singh’s legal brief “flagrantly disregards appellate norms.” His pleading states “the facts in the light favorable to himself.” It relies “on facts unsupported by the record,” and that it makes “incoherent legal arguments.” Digging through the pleading, the court noted, “we discern four issues presented with sufficient clarity to merit discussion. “The court found no merit in his claims.

The tenant fought hard, and she won her lock out battle with the aid of a hard-working tenant attorney.

Are you wondering about the laws regarding your rent-controlled home? Have you received an eviction notice and are unsure what to do next? Did your landlord lock you out? You should consider contacting an experienced tenant attorney who can help you with your issues.