I Support Causa Justa :: Just Cause 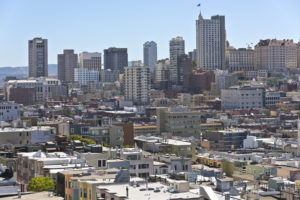 Imagine you lived in a place where you didn’t speak the language fluently. How would you enter into a legal agreement like a lease while being careful about your own interests?

I’ve always advocated that you should be an informed tenant. But it becomes much more difficult when the landlord does not speak your language.

A beacon of help and hope

For those who speak Spanish, the organization Causa Justa :: Just Cause is invaluable. The organization helps Spanish-speaking people negotiate difficult situations with their landlord.

If your landlord speaks only English

Communication is an important aspect of being a savvy tenant. If you’re not fluent in English, it gives the landlord an opportunity to take advantage of you.  And it happens.

We recently had a case involving a Spanish-speaking tenant who was having trouble with his landlord. My co-counsel Robert speaks Spanish, and we were able to get start working with the tenant to get a favorable resolution.

Why Causa Justa :: Just Cause

The organization, which was created out of three separate nonprofits, provides not only help with landlord-tenant issues, but also help with immigration problems.

Their political work involves campaigning for housing and immigration rights. They have a Black Priorities Project, which focuses on building social, economic, and political power and a Youth in Power project to empower youths in high schools and community centers.

A housing crisis in the Excelsior District

Their website features several stories about the people they are helping. It also gives a more in-depth look at the problems tenants face as they struggle to keep their homes in the Bay Area.

The owner of the property lost this house in foreclosure in 2014. Nevertheless, she rented it to these families in 2015 and collected the rent. The tenants paid $2,500 per month plus $350 for utilities.

The tenants did not know the house had been in foreclosure until the landlord suddenly departed this past July.  The new owner arrived to change the locks and found people living there, despite what the old landlord had said.

The families were served with a notice to vacate by the sheriff’s department. Even though Causa Justa :: Just Cause is working to help the tenants, as of the time of the writing, the sheriff was expected to return shortly.

It’s not for lack of trying that the two families are in this dire situation. “We are on waiting lists, we have put in applications for housing for low-income families, we are on everywhere, we’ve gone to shelters and they are full,” says Berta.

A private mortgage banker had listed the house for about $790,000.

Master tenant moves out in the Mission District

Another story is about two families and the master tenant. The master tenant made a private deal with the landlord that if she moved out and got her subtenants to move out, they would pay her $40,000.

The master tenant began trying to evict the subtenants, who have lived in this Mission District apartment for 13 years. As Maria told Causa Justa :: Just Cause, “We’ve been excellent tenants – we paid our rent on time, did not cause any nuisance, and we respected the premises.”

The two families  paid their rent to the master tenant and even directly to the landlord, so the landlord knew they lived there. The families approached the landlord about establishing their own landlord-tenant relationship, but were rebuffed.

Causa Justa :: Just Cause was fighting for the subtenants to stop them from being evicted.

Situations all too common

Unfortunately, I’ve heard similar problems about foreclosures and master tenants cheating the subtenant from my clients.

In both of these stories, the tenants had done everything right. They’ve paid their rent on time. They haven’t created a nuisance or done anything else that would likely trigger an eviction. It is unfortunate circumstances which put these families in the difficult situations.

Imagine if it happened to you. And imagine if you weren’t fluent in English, much less able to adroitly interpret the law. That’s why an organization like Causa Justa :: Just Cause is important to tenants.

Having difficulty understanding whether your eviction notice is legal? Not sure about your legal rights as a tenant? You should consider taking to an experienced tenant attorney who knows the law.