I Defend a Client Made Homeless 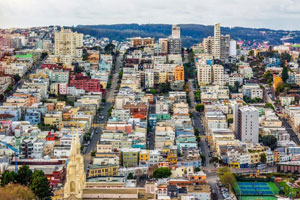 My client, a father and his five-year-old son, were both forced into homelessness.

All because a landlord improperly removed this man’s belongings from his home. And they admitted it.

This is what happened to one tenant. Remember, the details of your situation could impact your case differently.

My client was a visiting professor from a foreign country. He came to the United States on an academic exchange program to teach graduate students and to conduct academic research. He was a subtenant in an apartment and paid his rent to the master tenant named on the lease.

The master tenant stated in her deposition, under oath, that she would not have rented the apartment had she been told the no-subletting policy was actively enforced.

The master tenant fell behind on her utility payments and was served with a three-day notice to pay or quit. The master tenant and her attorney agreed to surrender possession of the apartment by a certain date.

The landlord enters the apartment

Despite the agreement, agents for the landlord entered the apartment five days earlier than the agreed upon date. My client was at church with his young son. The agents cleared out all of my client’s personal belongings from his bedroom as well as all of the personal property of the other tenants in the apartment.

They took my client’s irreplaceable items. They took photographs of family trips around the United States, his son’s toys and belongings, the research of graduate students he was teaching, and a research manuscript he was required to publish as a condition of his exchange program and grant funding.

Upon returning from church, my client discovered all his personal possessions and everything else was gone.  He and his son were homeless, without their things, including their clothes.  My client called the police and filed a report.  He couldn’t believe that this had happened.

My client and his son had to spend the next five nights in his lab, sleeping on chairs.

The property management firm initially refused to even acknowledge my client’s presence. Eventually the property manager returned a few of his belongings after she told him that she could only speak with the master tenant.

Sadly, many of the items were discarded based on the landlord’s policy of allowing its agents to assign arbitrary values to items and discard anything that they valued at less than $700.

Therefore, the agent for the landlord placed little value on the family photographs, the USB drives with graduate research, and the research manuscript.

The agent later admitted in her deposition that there had been a “mistake,” but failed to articulate exactly how the mistake occurred.

Imagine. Being in a foreign land, locked out of your apartment, having your prized possessions thrown away as if they were garbage.

There was not only was there a great loss in possessions. There was also a loss in reputation. My client was unable to produce his research finds or evaluate his graduate students in a timely manner.

My client was never allowed to return to his home.

Violation of the S.F. Rent Ordinance

The Rent Ordinance prevents a landlord or their agent from attempting to recover possession of a dwelling unit without following the procedures prescribed by the Ordinance and state law. It also prohibits a landlord from interrupting or terminating housing services in an attempt to influence a tenant to vacate a rental unit or abusing the landlord’s right of access to the rental unit.

In this case, the landlord defended their actions by stating that my client was not a tenant. Nevertheless, the leasing agent informed the master tenant that she could sublet, although the policy was informal.

This law concerns someone who conceals, sells, withholds, or aids in concealing, selling, or withholding any stolen property.

The landlord took possession of my client’s personal property without his consent. When they took his property, they did so with the intent to remove it from his possession for an extended period of time so that he would be deprived of a major portion of the value and enjoyment of his personal property.

They moved the property for some distance and withheld it for a period of time, or for most of it, permanently.

This is a “lockout” statute, which forbids the removal of a person’s belongings with an intention to terminate their interest in real property.

The landlord admitted to doing just that.

Conversion is a voluntary act by one person inconsistent with the ownership rights of another. It is strict liability, that is, the person has an absolute legal responsibility for the injury. The wrongdoer can be held to breaking the law without proof of carelessness or fault.

Many of the items taken were irreplaceable. While the nature of the information on the USB drive and the manuscript may not have been apparent, it would have been foreseeable that the loss of these items might have an impact on the victim beyond their market value.

Because of the landlord’s actions, my client suffered extreme mental anguish and professional embarrassment, the loss of precious memories, and was forced to deal with his son’s loss of items as well.

We settled this case in mediation. However, monetary damages cannot replace what the landlord removed from my client’s life.  My client remains traumatized about the situation.

This is the story of one tenant. Remember, the details of your situation could impact your case differently.

As always, you might consider talking to an experienced tenant attorney who can help you with your issue.