How to Provide Affordable Housing? 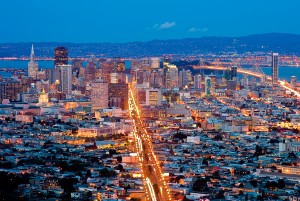 Evictions are a hot topic among tenants. And rightly so. The fear is that once you get evicted, you won’t be able to find another affordable home in the Bay Area.

I wrote in my last blog about the City of Oakland’s effort to answer the question about how to provide housing. Oakland’s city leaders considered the question (but ultimately did not pass) a proposal to ban no-cause evictions for 90-days.

National focus on the problem

On April 16th, the New York Times published an article called “In Cramped and Costly Bay Area, Cries to Build, Baby, Build.” It focused on one activist calling for new housing. Any kind of housing. When the New York Times covers the question of affordable housing in the Bay Area, it shows our crisis has gotten national attention.

The article covers the complexity of the issue in the Bay Area. And with over 800 comments from those living here to across the nation, everyone, it seems, has an opinion. The conversation—and ultimately the decisions—of what to do with housing San Francisco and the Bay Area, will impact you as a tenant.

The NYT article discusses the SF Bay Area Renters Federation and founder Sonja Trauss’ efforts to get any kind of multi-tenant building approved by lifting zoning and environmental restrictions. It features videos of quotes from a variety of people, from Jennifer Fieber of the San Francisco Tenants Union to Scott Wiener on the SF Board of Supervisors to Kevin Starr, historian.

I have to say I’m biased towards the San Francisco Tenants Union. I believe in their work and I volunteer there as an attorney every other Thursday, helping tenants with legal questions. I like Jennifer Fieber, who is quoted in the article.

From my own clients and those I talk to at the Tenants Union, I see the impact of evictions and upheaval that tenants experience when their landlord looks for reasons to clear them out of their home in order to raise rents. I feel badly when I hear the stories. It is incredibly hard.

There’s a shortage of housing in San Francisco. We all know that, and we know that the shortage is driving up prices in sales and rents. San Francisco’s average apartment rent of $3,500 per month is the highest in the nation, according to the NYT article.

Their theory is the more market rate units that become available, the more the “older” stock loses its appeal and becomes cheaper. For example, a complex built in 1985 commanded high rents in 1985, but now, not so much.

The chilling part is part of their conclusion: “The scope of the problem is massive….And just as the crisis has taken decades to develop, it will take many years or decades to correct.”

So is the SF Bay Area Renters’ Federation right, as are the rest of the pro-growth organizations in the City?

Many tenants are skeptical. According to the NYT, young tech professionals form the support of the SF Bay Area’s Renters’ Federation. Others who make less income are not so sure about rampant growth. They see the newcomers with well-paying jobs as against their interests, mainly because many in the high tech industry can afford astronomical rents. This kind of tenant, they see, drives up the rents.

Gaining a bit of ground

While San Francisco residents sort out what to do with the direction of the City, activism on the ground has made inroads into protecting tenants.  The San Francisco Tenants Union supported a measure that was just passed by the San Francisco Board of Supervisors to stop certain no-fault evictions during the school year for teachers and for children.

Basically, this effort prevents certain no-fault evictions (owner move-in, condominium conversion, removal of rental unit, capital improvement, and substantial rehabilitation) during the school year if a child under 18 or a person who works at a school in San Francisco, resides in a rental unit and is a tenant or has a custodial or family relationship with a tenant. The tenant must have lived in the unit for 12 months or more.

San Francisco Board of Supervisors member David Campos introduced the bill, but feels that the measure is modest. “[What] this proposal does,” he said in SFist, “is it tries to stop the bleeding.”

Right now and in the future

Stopping the bleeding is what we can do right now, today and tomorrow. But for the longer term, each of us must participate in the conversation of how we want San Francisco and the Bay Area to be. Tenants should not live in fear of losing their homes through evictions.

Are you being evicted? Unsure of what to do? You should consider taking to an experienced tenant attorney who knows the law.