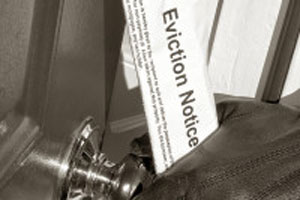 One of the most abusive ways landlords get around the rent ordinance is with a landlord or owner-move-in. It’s also one of the most frequent reasons for a “just cause” eviction in rent-controlled apartments in San Francisco. The landlord scares you, and you move out. Then he rents to a new tenant at a higher rate or lists your home on Airbnb.

Last week I wrote about five reasons for a “just cause” eviction in San Francisco. Those reasons related to actions done (or not done) by you as a tenant. The landlord or owner move-in eviction is entirely up to the landlord.  The code says that the landlord must recover the apartment in good faith and occupy the home for at least 36 consecutive months.

The term “landlord” just doesn’t refer to the person named on the property deed. It also applies to the landlord’s grandparents, grandchildren, parents, children, brothers, sisters, or the landlord’s spouse or the spouses of those relations.

Frequently tenants call me asking about a notification by the landlord that he will be moving in a relative. The notification is not an official notice as required by the code. Rather, it’s a scare tactic to make you “voluntarily move-out.” Since you moved voluntarily, the landlord doesn’t have to move in. When I get these calls, I advise my clients to wait until the official notice. Don’t let them frighten you.

The code has several exceptions. San Francisco Tenant’s Union has an excellent page on the law. It’s worth reading.

Being threatened with a landlord move-in? Not sure whether it’s the official notice? You should consider talking to an experienced tenant attorney. Know your rights. Protect yourself.