Don’t Get a Buyout from Your Landlord: Part 2 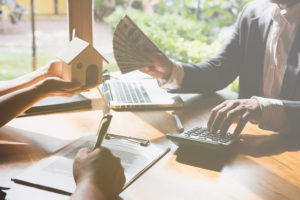 In my last blog, “Don’t Get a Buyout from Your Landlord: Part 1,” I discussed the San Francisco Tenant Buyout ordinance and how it was created to protect you as a tenant.

In this blog, I’m looking at the statistics to show you the meaning behind the numbers. As the saying goes, knowledge is power, and understanding the trends will help you protect your tenant rights.

Remember, there are several good reasons for you as a tenant to be offered a buyout. It’s just plain easier for the landlord. Particularly if it’s an “under the table” agreement. Having you move allows a landlord skirt the restrictions he would otherwise have to face if he started an Ellis Act or owner move-in. Furthermore, the amount paid in the tenant buyout agreement can be viewed at the Rent Board by other tenants.

A closer look at the numbers

In late January, the Executive Director of the San Francisco Rent Board (also known as “Residential Rent Stabilization and Arbitration Board”) writes an annual letter to the Clerk of the Board of Supervisors. This letter is the Annual Report on Buyout Agreements.

The letter is a compilation of the data of legal buyouts. (Remember, this is legal buyouts. From my tenant clients, I hear plenty of stories about illegal offers and buyouts.) Still, there’s enough data available to find some interesting trends, as well as raise some questions.

But first, a bit about the forms. Landlords have to fill out a Declaration that they have provided tenants with information about their rights in a buyout. I discussed what information they need to provide in more depth in “Don’t Get a Buyout from Your Landlord: Part 1,” but remember the form informs tenants that they have a right not to enter the buyout negotiations and that they do have a right to consult with an attorney.

From January 1st, through December 31, 2017, a total of 941 Declarations were filed. However, there were only 335 Buyout Agreements filed, about 35 percent.

For the same period in 2016, it was similar. A total of 838 Declarations were filed and 320 Buyout Agreements were filed, about 38 percent.

From March 7th, 2015, the date when the Tenant Buyout ordinance went into effect through December 31, 2015, there were 506 Declarations and 195 Buyout Agreements. This is also about 38 percent.

It’s hard to say why so many Declarations get filed that never lead to finalized buyouts, and the report by the Executive Director doesn’t address this issue.

Still, it’s good to know that just because your landlord filed the Declaration doesn’t mean that you will be bought out of your home.

You’re more likely to get a buyout offer if your rent-controlled home is in a desirable neighborhood. That’s because the landlord can increase your rent to a market rate and, depending on how long you’ve been in your apartment, make a considerable amount of money every month. Multiple that by a number of units, and that ho-hum real estate investment in a desirable neighborhood can bring in a lot of cash.

The top five neighborhoods where Declarations were filed in 2017 were:

However, the story changes a bit when considering the Buyout Agreements that were filed:

One major project can skew the results, but if you’ve been following the local news or walk San Francisco neighborhoods, you’d expect to find the Mission and Haight-Ashbury on the top five lists.

Neighborhoods like downtown (not the Tenderloin), the Financial District, and the Embarcadero, where there are few (or none) rent-controlled apartments, had no Declarations.

Then there are the neighborhoods below the Top Five, which the report lists some Declarations and some Agreements. Again, a crucial factor is what your rental rate is and how much it would fetch on the market.

If the landlord is doing this legally or illegally, there are hoops to jump through. There’s likely a huge financial payoff which motivates him, which should make you wary. You need to know your rights and protect yourself.

I’ll discuss more in my next blog, “Don’t Get a Buyout from Your Landlord: Part 3.”