Don’t Be Fooled by the Recent Decreasing Rent News 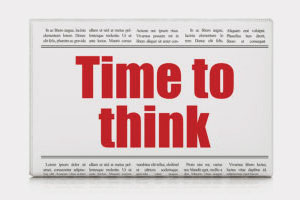 There’s been a bunch of articles recently touting the improved rental market in San Francisco and other cities in the Bay Area.

Yes, recent statistics show a cooling off on the upward rise of apartment rents in San Francisco and in some other parts of the Bay Area. The asking rate might even be a little reduced from 2016’s levels.

But that’s not enough reason to celebrate, particularly if you’re a tenant in a rent-controlled home.

Beyond the headlines, what exactly are the statistics?

For two-bedroom apartment, rents decreased .2% in the most recent month to month comparison and 4.9% in the year to year comparison.

So is this really good news?

The same was true for a two-bedroom apartment. The average price was $2,600, up 1.6% in the month to month comparison but down 2.3% in the year to year comparison.

Still, it’s expensive. Many tenants have fled to Oakland and other parts of the Bay Area  as rents skyrocketed in San Francisco. This has driven up demand.

As Amalia Otet from RentCafe told SFCurbed, “If five years ago Oakland was the go-to place for those priced out of San Francisco, with rents around $1,500 a month in 2011, the huge influx of new people seeking cheaper housing has pushed up rents in the area to record highs.”

Why the softening in rents now?

SFGate points to the increase in the number of apartments in San Francisco as a chief reason why rents are declining. Another reason cited is the softening in the number of jobs in the Bay Area high tech industry.

Not much reason to rejoice

The property management site AppFolio recently reported on the affordability of apartments in San Francisco and other large cities. Their definition of “affordability” is if you spend under 50% of your income on rent. If the rent is 50% or more of your income, it’s not affordable. Rather, they call it a “rent burden.”

AppFolio reported that the average percentage of monthly income spent on rent in San Francisco was 46%. That’s very close to their own definition of unaffordability.

AppFolio’s projected average cost of a San Francisco apartment is $3,193, and the average household income is $6,863 per month.

What does the decrease in rents really mean?

What does the decrease in rents really mean?  Not much.

If you live in a rent controlled apartment, the decrease in rents means little to you. Rents are still astronomical, and it’s unlikely that they will retreat to levels that are more affordable to those making less than $82,000 a year.

The Costa-Hawkins Rental Housing Act, which I have written about in other blogs, still allows landlords to increase the rent “to a market rate” when you vacate your rent-controlled unit. If you want to move, you’ll still be faced with a huge increase in your rent.

Others see through the headlines

Other tenants aren’t buying the “improved” conditions either. As one tenant commented in The Mercury News article, “Rents are still sky high in SF and will continue to rise. There is no relief. The difference is like pennies. Misleading article. There is no real relief in sight for a long time.”

One tenant was more to the point: “It’s still stupid high and why I’m moving out of the area.”

These tenants are not falling for the “good news,” and neither should you.

Worried about being evicted? Are you in a dispute with your landlord? You might consider talking to an experienced tenant attorney who can help you with your issue.