Did Rent Control Win Big at the Ballot Box? 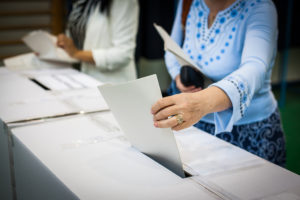 If you didn’t like the results of the presidential election, there still might be a bright spot for you as a tenant.

Five Bay Area cities had tenant rent control measures on the ballot last Tuesday. All of these measures were created through voters collecting enough signatures.

Although there were small differences between the ballot measures, most limited rent increases for buildings constructed before 1995 to 100% of the change in the consumer price index. They also included a maximum rent increase caps of 2 to 8 percent. The measures included the creation of municipal rental boards, a ban on “no cause” evictions, and eviction relocation fees.

As of the date of this writing, these measures appear to have passed: Richmond’s Measure L and Mountain View’s Measure V.

The success voter approval of Richmond’s Measure L and Mountain View’s Measure V appears to be due to the efforts of its supporters.

The California Apartment Association, an organization of landlords, as well as the California Association of Realtors and The Coalition for Housing Equality all contributed a considerable amount of money to oppose the rent control measures.

According to the San Francisco Chronicle, the Association spent slightly over $1 million to defeat the measures in Mountain View, San Mateo, Burlingame, Richmond, and Alameda. Almost one-third of the amount was spent on the Mountain View measure.  The Coalition for Housing Equality spent about $1 million combined to defeat Measure R in Burlingame and Measure Q in San Mateo, according to the newspaper.

In comparison, proponents spent an estimated $80,000 on Burlingame’s Measure R and San Mateo’s Measure Q. “We were totally grassroots,” Juliet Brodie, a Stanford Law School professor who helped draft Measure V in Mountain View, told the San Francisco Chronicle. “We didn’t run a TV ad. As far as talking points, they were only as good as the volunteer at the door.”

But if it wasn’t money that influenced the election, what was it? According the San Francisco Chronicle, a good explanation is the percentage of renters versus home owners in the city. According to the 2014 census, in the two cities that passed rent control, the majority of inhabitants are renters. In Mountain View, it’s about 60%, and in Richmond, it’s about 55% of households.

In addition, both cities have a long history of pro-tenant groups that have worked with their city councils.

For those cities where rent control measures didn’t pass, it might have to do with exposure. In the San Francisco Business Times, Jill Broadhurst, the executive director of the East Bay Rental Housing Association who opposes rent control, attributed some voters turning down rent control measures because “it was a new subject for the South Bay, for many voters it was first time they were seeing it, rather than some of the other communities that had rent control already in their headlines.”

In Oakland, Berkeley, and East Palo Alto, voters approved measures in favor of tenants to strengthen existing rent-control measures. In Oakland, Measure JJ will require landlords to petition with the Rent Board for rent increases that exceed the consumer price index. In addition, Just Cause eviction protection will expand to buildings constructed through 1995.

A lobbyist for the California Apartment Association told the San Francisco Chronicle that the failure of the rent control measures will discourage other cities from putting these on the ballot.

Juliet Brodie, who helped draft Measure V in Mountain View, sees it differently. While the rent control measures did not all win, enough won “across the board, but more than anyone ever dreamed possible,” said Brodie in the San Francisco Chronicle. She believes that the current success will encourage other measures to limit annual rent increases for existing tenants.

Aimee Ingles, acting director of tenants’ rights group Tenants Together, also sees the election results as favorable. “We’re really encouraged by the victories in Oakland, Richmond and Mountain View. It’s really evidence of what strong local grassroots activism, along with broad coalition with community members can do,” she told the San Francisco Business Journal. “Tenants haven’t been organized like this in decades and we plan to build on that momentum on the local, state and national level.”

If you live in a city with rent control, count yourself lucky.

If not, there’s some work to be done.

Not sure about your legal rights as a tenant? Having trouble with your landlord? You should consider taking to an experienced tenant attorney who knows the law.