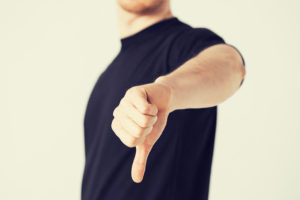 The California Apartment Association (CAA), a trade group of landlords, announced on May 5th they will suspend their legal challenges to two approved rent control measures.

Last November, rent control measures were on the ballot in five cities. Only those in Richmond and Mountain View passed. The CAA promptly filed lawsuits to overturn the passed measures.

As I wrote in an earlier blog entitled “Did Rent Control Win Big at the Ballot Box?”, the CAA’s website claimed credit for the defeat of the measures in the three other cities. They posted a headline proclaiming that “CAA VICTORIOUS IN 3 OF 5 BAY AREA RENT CONTROL MEASURES.”

As I wrote in that earlier blog–and it’s still true today–I don’t know what the rest of the post says. Access is restricted to members of CAA.

As an attorney fighting for tenants, I’m not a member of the California Apartment Association.

A move to block the passed measures

Then, to block the measures in Richmond and Mountain View, the CAA filed lawsuits. One of their claims was that the measures were unconstitutional because they resulted in a governmental taking without due process of law.

Things turn south for them

For the Mountain View measure, the CAA received a temporary restraining order. However, in April, a Santa Clara County judge denied the preliminary injunction and lifted the temporary restraining order. In a released statement on their website, a CAA senior vice-president stated, “Obviously, we are disappointed by the court’s decision, but this is only a temporary setback in our efforts.”

He also stated that “the merits of our challenges have not been decided, which will occur in the next stage of the proceedings.”

On May 5th, the CAA posted on their website that they were suspending their legal efforts on fighting these two rent controls measures. According to the San Francisco Chronicle, they were making “a business decision” to focus their anti-rent control efforts elsewhere.

In other words, they were looking to spend their money on something they could win.

Ramifications of a potential lawsuit

Aimee Inglis, associate director of Tenants Together, told the San Francisco Chronicle that the lawsuits “were frivolous, meant to dial back our organizing.” The threat of a potential lawsuit from a well-funded group such as the CAA does have ramifications.

“When cities are thinking of implementing new ordinance, they are going to take into account the cost of defending an ordinance from challenges,” said J. Leah Castells, an Oakland attorney who helped defend the city of Richmond against the CAA’s lawsuit told the San Francisco Chronicle.

She noted that a dropped lawsuit “changes the risk profile and the cost profile for enacting rent control. I don’t think that alone motivates cities to act, but that combined with a groundswell of constituent desire across the bay, I do think it’s likely more ordinances will be enacted.”

Indeed, other cities are thinking about rent control, including Pacifica, Santa Rosa, and San Jose. Also in the early stages, according to Aimee Inglis of Tenants Together, is San Diego, Glendale, Pasadena, Santa Barbara and unincorporated Los Angeles county.

A focus on Sacramento?

As I wrote in a blog entitled “A Repeal of the Costa-Hawkins Act,” there’s a movement in Sacramental to repeal this significant law. The Costa-Hawkins Act that allows landlords to raise rents to “market,” or whatever they can get, on apartments subject to rent control when the last original tenant moves out.

This is likely what the CAA meant in their statement that they will engage in legislative efforts in Sacramento.

For now, this repeal is on hold. One of the proponents of the bill told the Los Angeles Times that he requested that a vote not be taken this year because legislative timelines won’t allow time for “thoughtful consideration and comment” from all groups affected by a “significant change to California law.”

Dan Schnur, a University of Southern California professor told the Los Angeles Times that “pulling a bill is never a sign of strength,” but that it’s not unusual for this sort of legislation to take several years before eventually succeeding. “This issue isn’t going away even if it’s done for the year,” Schnur said. “The rent control debate is very quickly assuming a central place in the broader discussion of affordable housing.”

Wondering about what the laws are regarding your rent-controlled home? Are you in an area without rent control and having a dispute with your landlord? You should consider talking to an experienced tenant attorney who can help you with your issue.