A Super Bowl Party Without You? 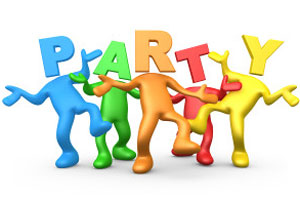 There’s lots of talk about tenants making money during the Super Bowl by renting to Airbnb renters. Is it a good thing?

The destruction of an Airbnb rental in Oakland over New Year’s suggests that caution is in order. In case you missed the news, a couple thought they were renting their home to a Chicago man for New Year’s Eve. They left, apparently with complete faith everything was okay.

According to SFGATE, the renter turned out to be an 18-year-old teenager from Berkeley who invited his friends for a blow-out party. The homeowners found out when a neighbor texted them that there were 40 to 50 teenagers playing loud music and 4 to 5 police were on the scene. The police told the couple that 200 to 300 kids were found in the area of the party.

The home was trashed. Empty alcohol bottles and other garbage was the least of their problem. According to SFGate, the couple is now taking bids to fix the damage to the floors, fence, walls, and upholstery. Airbnb says that it will reimburse them with their insurance coverage.

Problem solved? Not exactly. Some things can’t be covered by an insurance policy. Think about your personal mementos.

The Daily Mail reported a similar incident in England on New Year’s Eve with an Airbnb rental. Like the incident above, a neighbor called the couple about the loud music and the smell of marijuana in the adjoining London flat. They hurried back to allegedly 100 partiers, the apartment trashed, and a couple having sex in their bed.

The latest is that the renter denies that she broke the rules. Airbnb has offered to help.

How do you protect yourself if you’re a tenant and tempted to rent through Airbnb or another similar company?

If you’re a tenant and your lease has a clause against subletting to other tenants, this likely applies to short-term tenants, like those from Airbnb. I advise my clients to adhere to the clauses in their leases.

Here’s why. If the landlord finds out you are renting to short-term tenants, he could issue you a 3-day notice to perform covenants or quit. No problem. The Airbnb tenant is already gone or you somehow get rid of them.

You stop renting for a while, but then the thought of earning extra money lures you to try it again. This time, when you are caught, you will likely be served with an unlawful detainer. Now you are fighting an eviction.

Airbnb and other short-term rental companies represent the only issue I see that makes landlords and tenants stand on the same side. Why? Because short-term tenants can be disruptive to the building.

The neighbors are watching

Back to the article in the SFGATE, those who commented online had little sympathy for the homeowners. Renting your apartment for an Airbnb tenancy, either in whole or in part, could make your neighbors angry at you.  One person wrote that this “couple is clearly milking the payouts as best as possible.” Another wrote that “people think they can become part-time business moguls making big bucks without really knowing the business they’re in is a problem.”

Many of those who commented instead had sympathy for the neighbors. One writer stated, “If I was their neighbor, I would be completely P.O’d that they’re renting out their home like a hotel (that’s what zoning ordinances were meant to prevent).” Another person wrote, “No sympathy here. I am sure all of their neighbors appreciate what they do to the neighborhood all in the name of sharing.” Another noted that “the neighbors were victims, too.”

Renting out only a room

One of the main question about using your apartment as an Airbnb rental concerns opening your home to a stranger. The Oakland couple, as well as those from London, rented the entire premises. They trusted that the person they were renting to would take care of their property the same way they would take care of it. That turned out to be wrong.

But what if you only rent out a room in your apartment? You would be there to watch and supervise the guest, correct? Does this mean that you would never go out, not even to the store or to make an appointment? One of the commenters for the SFGATE noted that “I can’t imagine having to secure all my personal effects.”

Another writer noted with humor, “If you can’t trust strangers to be honest, who can you trust?”

Whether your favorite football team is playing or not, the Super Bowl is party time. Just like it is during New Year’s Eve.

One of the commenters in the SFGATE wrote “Tempted to rent out my home for the Super Bowl but stories like this make you second guess the idea.”

Have questions about doing a short-term rental? Wondering about the clauses in your lease? You should consider calling an experienced tenant attorney to understand how your tenant’s rights.