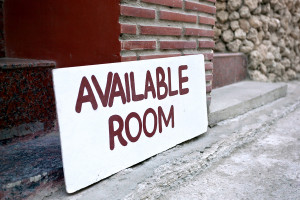 Is Airbnb good for your tenant’s rights?

As much as 350 units might be kept out of the rental market because of Airbnb, according to an in-depth study by the San Francisco Chronicle. An analysis of Airbnb’s advertised data by the news organization suggested that these units were used as full-time vacation rentals instead of being rented to potential long-term tenants.

According  to Curbed San Francisco, this was less than the recent 925 to 1,960 units reported in the May 13, 2015 Board of Supervisors report.

While most Airbnb hosts list just one property, the Chronicle found that 205 hosts were responsible for three or more properties. These commercial hosts, according to the Chronicle, represent 18.2% of Airbnb’s listing. Airbnb claims that only 10 present of Airbnb hosts rent out space where they do not personally live.

Some tenants like the idea of raising cash from renting a room to an Airbnb guest, especially if they live in a desirable neighborhoods for short-term rentals. But what if you are a tenant looking for a home and are priced out of the market because of the rising costs of rents influenced by Airbnb? Or if you lived in a building where many units are rented to short term tenants who do not care about noise or security because they are there only temporarily?

This is a difficult issue for the City.  The issue of tighter regulation of short term rentals is on the San Francisco ballot this November.

If your living situation is being impacted by Airbnb renters, learn your renter’s rights. Call an experienced tenant attorney who can advise you on how best to proceed.