A Win for Section 8 Tenants 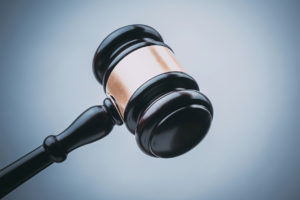 The San Francisco City Attorney’s Office received a significant legal victory over a landlord and their agent earlier this month.

Between May 2013 and May 2014, Chuck Post, agent for Lem-Ray Properties I DE, LLC (or Lem-Ray for short) ran ads on Craigslist and ApartmentsInSF.com for studio apartments at 935 Geary Street in San Francisco. The ads stated Section 8 vouchers would not be accepted.

In 2015, the City Attorney’s office filed a lawsuit against Chuck Post and Lem-Ray.

Lem-Ray is an entity associated with the Lembi family’s CitiApartments-Skyline Realty empire. The City Attorney’s Office had previously filed a lawsuit against them in 2006 for tenant harassment practices involving at least 30 properties.

The five-year lawsuit resulted in civil injunctions in 2011. At that time, City Attorney Dennis Herrera said “we’ve secured the toughest, most detailed injunctions to protect tenants in San Francisco history.”

I agree these were tough injunctions. They were to be posted in a prominent and public place on each floor of each property owned, managed, operated or maintained by the defendants or their future entities. They included:

Notification Requirements. They had to notify the S.F. Attorney’s Office of all current and future entities formed by the defendant.

Tenant protections. Defendants’ current and future entities were prohibited from entering units without notice; preventing or interfering with the entry of guests or caregivers; requesting information about tenants’ immigration status; retaliating through legal or administrative processes; or threatening to evict or evicting a tenant without lawful justification.

The defendants had to respond to all tenants’ requests for repairs within 72 hours and establish protocols for changing locks and providing keys, including adequate notice; and provide all buildings with a residential caretaker.

Remodeling and construction protections, code violations. They were restricted from doing non-emergency construction or performing remodeling work only during the hours of 7:00 am to 8:00 pm.  They were to obtain required permits and to adhere to all appropriate codes, with a strict regimen set to address all code violations, now and in the future.

The foundation for the latest case

The intent of the program is to have low-income tenants obtain housing in the private rental market. Qualifying tenants pay 30% of their income toward the rent, and Section 8 vouchers cover the rest. The Section 8 voucher money is paid directly to the landlord.

In 1998 the Board of Supervisors passed measures to protect Section 8 renters. One of these measures prohibited a landlord from discriminating based on a potential tenant’s “source of income.” Source of income included Section 8 vouchers and other public or nonprofit rent subsidies. In other words, landlords could not refuse to rent to a tenant because he or she was on Section 8.

In 1999, the California Legislature amended the California Fair Employment and Housing Act (FEHA) to include protection from source-of-income discrimination.

A central question of the current lawsuit

Remember, Section 8 voucher money is paid directly to the landlord, not the tenant. FEHA does not consider a landlord to be a representative of the tenant.

Thus, the state law is less restrictive than the local ordinance.

The defendants of the lawsuit contended that the state law voids the San Francisco ordinance.

The court agreed to this legal action despite the defendants stating they would consider tenants with Section 8 housing vouchers.

Reason for the recent celebration

The tenant organization Tenants Together filed as an amicus curiae, or “friend of the court,” for the City Attorney’s office to submit a brief adding information for court’s decision.

While this is not the final outcome of the initial lawsuit, it could be a favorable sign.

Have you received an eviction notice and are unsure whether it follows the multiple requirements of the Rent Ordinance for the city where you live? You should consider talking to an experienced tenant attorney who can help you with your issues.