A Repeal of the Costa-Hawkins Act? 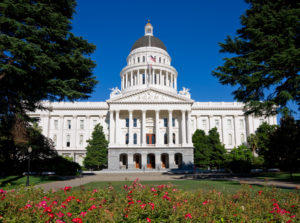 There’s a battle ahead. And it’s already started.

Why should you care about this? Because the Costa-Hawkins Act has significant implications to you as a tenant, particularly if you live in San Francisco and other places in California that already have rent control.

Why is it important?

As I wrote in an earlier blog, “What is the Costa-Hawkins Act?” , the law allows landlords to raise rents to “market,” or whatever they can get, on apartments subject to rent control when the last original tenant moves out. (There are some exceptions.)

This is why it’s expensive to rent an apartment in San Francisco.

The Costa-Hawkins Act has another important impact. It provides that apartments with a certificate of occupancy issued after February 1, 1995 are not subject to rent control. The Act also limits rent control from applying to single family houses and condominiums.

It also means that a city could require that all apartments, regardless of when they were constructed, have rent control.

Sound big? It is.

Because it’s so expensive

The Costa-Hawkins Act is why you stay in your rent-controlled apartment. If you move, you’re faced with “market rent.”

I’ve heard first-hand from someone who pays about $550 a month to share a bedroom with a stranger.

With the tab at these levels for only a single room, of course you stay in your rent-controlled apartment. And, as I’ve heard, you live in fear. You live in fear that your landlord won’t try to evict you based on an owner move-in or Ellis Act. Because you can’t afford renting another apartment.

If the Costa-Hawkins Act is repealed, then cities could limit how much an apartment could rent after the last original tenant moves out.

Sounds good? Not to landlords.

Simple, yes. But don’t expect the passing to be straightforward. According to IndyBay.org, an email send from the Office of Assembly Member Rob Bonta to tenants’ right group stated that “this will be a heavy lift and we need all hands on deck!”

What the opposition says

David Wasserman, a San Francisco Rent Board Commissioner who is on the San Francisco Apartment Association Board of Directors, called the Costa-Hawkins Act in 2008 a “magnificent state law.”

I’m confident apartment associations still feel that way about the Act and are just getting ready to do battle.

San Francisco and San Jose landlords protested at an Assembly Housing and Community Development Committee meeting on March 3, stating that the Act’s repeal would make it difficult for small property owners to continue renting to tenants. They claimed that it would drive them out of business, and that legislators should instead focus on building more affordable housing.

Where it’s at in the process

What’s up next for the bill?

The bill needs to be passed by the state Assembly Housing and Community Development Committee. To pass, the bill needs a four-person majority.

The chairman of the committee is former San Francisco supervisor David Chiu, who introduced the bill. As he emphasized at the March 3rd public committee meeting, the legislature is looking at several ways to address the issues of affordability and homelessness.

Chiu stated in an interview with Bay City News, “These are not easy conversations,” he said. “If we don’t work together, we’re going to be stalemated, and what we’ll be left with is the highest rents in the country and the highest housing costs.”

If you’re a tenant and concerned about astronomical rents, or live in fear of being evicted, now is the time to make your voice heard. Organizations like Tenants Together  should be involved in lobbying for the proposed bill.

This is an important time. Make yourself heard.

Wondering about your own tenant rights? Are you in a dispute with your landlord? You might consider talking to an experienced tenant attorney who can help you with your issue.