A Landlord Gets Caught 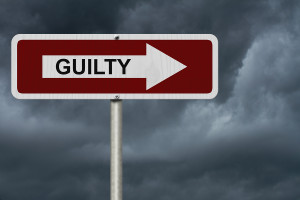 A Berkeley landlord got caught illegally raising the rent after a tenant moved out of their home. “Subterfuge” is what the landlord’s actions were called by the State of California Court of Appeal in a recent opinion.

I wrote a post a few weeks ago about the Costa-Hawkins Act, which allows landlords to raise rents to “market” after an apartment is vacated. In this case, Burns was a tenant in a rental property in Berkeley for 28 years. The Maks served her with a 60-day notice and claimed that James Mak intended to occupy the apartment. A few months later, the Maks and Burns agreed in writing that Burns would vacate the apartment, but not because of a 60-day notice, and that notice would be withdrawn. Burns then received three months of free rent.

Regulation 1016 in Berkeley states that there is a presumption that when a tenant moves out within one year after being served by an owner move-in notice, he or she has moved out because of that notice. The Court noted that this Regulation discourages landlords from evicting tenants with an owner move-in notice and then re-renting the apartment at a higher rent.  Burns moved out, the Court stated, believing she had to vacate the premises. Therefore, maintaining the rent level of the former tenant stops this kind of maneuvering by landlords.

Served with a notice for an owner move-in, but believe that the landlord is not being truthful? Each case is be different. You should consider talking to an experienced tenant attorney who can help you understand your tenant’s rights.