A Family Member Stays in His Home 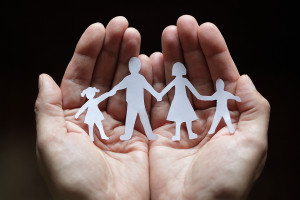 In late April, the California Supreme Court rejected reviewing an appeal by the landlord over whether a family member, who had remained in his rent-controlled home after the signers of the lease had moved out, was considered an original occupant.

The Govender family moved into a rent-controlled apartment near Alamo Square in 2003 with their three children, including Brian, who was 13 years old  at the time. The parents lived there for almost 9 years, and after 2 of the 3 children moved out, they also moved out. Brian, at the time 23 years old, continued to live in the apartment. The landlord then raised the rent from $1,682 to $3,295 per month.  This amount substantially exceeded what was allowable under the San Francisco rent control ordinance.

Under the provisions of the rent control ordinance, is the son considered an original occupant, even though he was not a co-signer on the lease?

The San Francisco Rent Board and the Courts said yes. Even though Brian was a minor when he moved into the apartment with his parents and therefore could not sign the lease, he moved in and continued to live there with the approval of the landlord.

The landlord argued to the Court of Appeals that such an arrangement was unwise economic policy, but the Court stated that this should be addressed by the Legislature.

Whether the law changes in the future is unknown. You as a tenant might encounter a similar situation in which your tenant rights need to be protected. Consider seeing an experienced tenant attorney to discuss your specific issues.