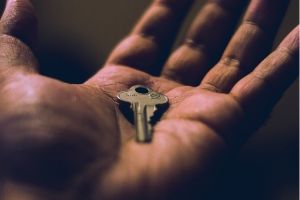 The sweeping changes brought by the State of California Tenant Protection Act of 2019 are altering the no-cause eviction landscape in favor of tenants. The law was passed to slow the pace of rampant rent gouging, escalating evictions and increasing displacement and homelessness. The new law takes effect January 1, 2020. See if you know the correct answers to these “no fault” eviction situations:

Does The Age of My Apartment Building Matter?

Vera and Tony moved into their apartment building in Colma five years ago. The 16-unit complex was poorly constructed in 2010 and needs major repairs and updates. The landlord is rumored to be interested in making the upgrades, which would require eviction of all tenants for completion of the work, and could take over a year. When the work is done, rents would rise significantly. Could Vera and Tony be evicted? Yes. There is no eviction protection until this building becomes at least fifteen years old in 2025. This rule is designed to protect the initial investment and financial risk assumed by landlords. The only possible help might be a local ordinance with stricter protections – tenants should learn local rules.

What If Your Roommate Is Your Landlord?

Sandra was lucky to find a basement studio in San Francisco near her job in 2018. She shares a kitchen and a first floor bathroom with Rick and Mel, the owners of the home. Although Sandra thought the arrangement was working well, Rick asked her to vacate the apartment by the end of the year. Is Sandra protected from eviction? No. If the landlord owns and lives in the home and you are the sole tenant, there is no eviction protection under state law. If Sandra had been living in an accessory dwelling with her own kitchen and bath on the same property, there might be eviction protection under local law.

What About Duplexes? Can Stacey Stay?

Stacey and her two well-behaved dogs are long-term tenants in a duplex in Oakland. Since Stacey moved in during the summer of 2012, her landlord Nicole has resided in the other unit. Nicole travels for business and is frequently gone, but her side of the duplex is her only residence. Stacey received a 60-day notice to vacate from Nicole. Can she be evicted? Yes. Since Nicole is the owner, and has resided in her duplex for Stacey’s entire tenancy she can ask Nicole to leave under the law; this would be a legal “no-fault” eviction.

Elderly Parent May Be Evicted From a Care Facility. Is That Legal?

Barbara and her husband live in Michigan, but Barbara’s elderly mother Lyda lives in a modest Piedmont elder care facility. Lyda was doing well, but she developed dementia two years ago. In August, 2019 she fell and broke her hip. The care level at the facility is not adequate for Lyda’s needs, but Barbara would prefer not to move her mother. Can Lyda be evicted by the facility? Yes. Although residential care facilities are highly regulated, it is likely eviction protection is not available under state law. The same applies to student dorms on college campuses, tourist hotels, religious facilities, adult care and extended care facilities

What’s The Risk with Roommates?

Henry rented a 1-bedroom apartment in a high-rise in Oakland with a nice view of the city in March 1, 2018. In September of 2019, although it would be tight, he offered to share the unit with his niece Sara and her young son while Sara completed college. Is Henry taking a risk of legal eviction, although he has always paid his rent on time and never received any kind of complaint? It’s complicated. Henry is indeed taking a risk. Under the new Tenant Protection Act, because new tenants moved into the unit within the most recent 12 months, he does not have eviction protection unless he himself has lived in the unit continuously and lawfully for at least 24 months. Henry will not have eviction protection until March 1, 2020. Also, in September of 2020 Sara’s tenancy of 1 year will allow for eviction protection. So, timing is key.

What If Your Landlord Is A Corporation?

Robbie, Catherine and their 6-year-old twin girls rented a 3-bedroom single-family home in South San Francisco owned by a large corporation headquartered in Houston. They moved into the 1960s-built ranch home on the 4th of July in 2016 – just in time for the neighborhood block party. In November 2019, a letter arrived from the corporation requesting they vacate the home in 90 days. No reason was given for the request. Are they protected from eviction by the new state law? YES. Tenants living in properties fifteen years or older owned by a corporation, an LLC with at least one corporate member, or a REIT (real estate investment trust) have eviction protection.

What If Your Landlord Is The Government?

Sydney and her four school-age children finally secured Section 8 housing in Oakland after a wait of many months. Their small home is on a cul-de-sac within walking distance of a grocery store and community library. Sydney was careful to pay her rent on time and thought things were going fine with their housing. Although she thought she had a one-year lease, she received an eviction notice. Is Sydney possibly facing eviction? YES. Affordable housing units, BMR units (Below Market Rate), Section 8 and Section 8 voucher units are exempt from eviction protection under state law.

What About Cities in California with Existing, More Restrictive “Just Cause” Eviction Protection?

The first year of major changes like the State of California Tenant Protection Act of 2019 is sure to present many unexpected and complicated scenarios regarding local vs. state rules. Cities with more restrictive pre-existing “just cause” eviction protection statutes than the state law need to make an affirmative finding that their local law is more restrictive. Until the city does so, the state law applies in whole. This means timing could impact outcomes in individual cases in 20+ California cities with rent control ordinances. There remain fifteen different reasons, or “just causes” landlords may present to force evictions, such as failure to pay rent, maintaining, committing or permitting a nuisance, and using the premises for an illegal purpose. If you are facing “no cause” or “just cause” eviction and need help navigating the changes in the new law, call a tenant attorney immediately for guidance. Know your rights. Protect yourself.